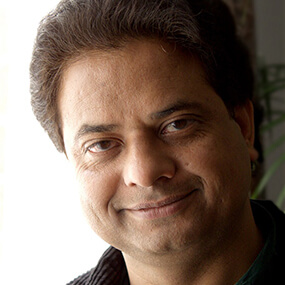 After 5 years, Mr. Trivedi began to ask why this energy should be limited to humans. He felt that if this energy is real, it must work everywhere, in all things and matter. It must enhance the abilities, properties, and productivity of crops. It must transform bacteria, viruses and fungi, convert cancercells into non cancer cells, and make metals, chemicals, and polymers stronger. Due to his skeptical nature, he became engaged in scientific research. With the help of the most sophisticated technology available to science and under controlled conditions, he began to discover and prove this energy’s characteristics, behavior, limitations and abilities and its impact on living and non living things. He understood that if this energy can change the structure of an atom, then nothing is impossible for this energy. He has compiled a remarkable track record of success, including nearly 4,000 well-documented scientific studies on his ability to profoundly affect matter down to the level of the atom.